Wearable Devices for Military Use

A wearable device is a kind of miniature computer: bracelets, glasses, watches, and even garments – with a wireless local or remote connection to other computers. These devices are equipped with sensors that track various forms of physical activity or parameters of the user’s environment. Often, the term “wearable device” is replaced by another, which has a more specific meaning: “wearable computer”.

A wearable computer can be worn on different parts of the body, for example, on the wrist when a “smartwatch” combines the function of a watch and a smartphone at the same time. A wearable computer gives you the ability to work and communicate from anywhere in the world. This technology has been successfully applied in medicine for bleeding detection, and engineering – interactive manuals, 3D atlases of repaired devices, and in the military.

One of the types of wearable computers is “interactive glasses”. An image is usually projected onto the inside of the glasses, replacing or complementing the visual picture of the outside world. A typical device has a mini-computer with a webcam, various sensors, Wi-Fi, and other features. The device can be worn by the soldiers in order to see where there are more threats and better understand what is going on the battlefield.

On our website, you can find details about wearable devices for military use. 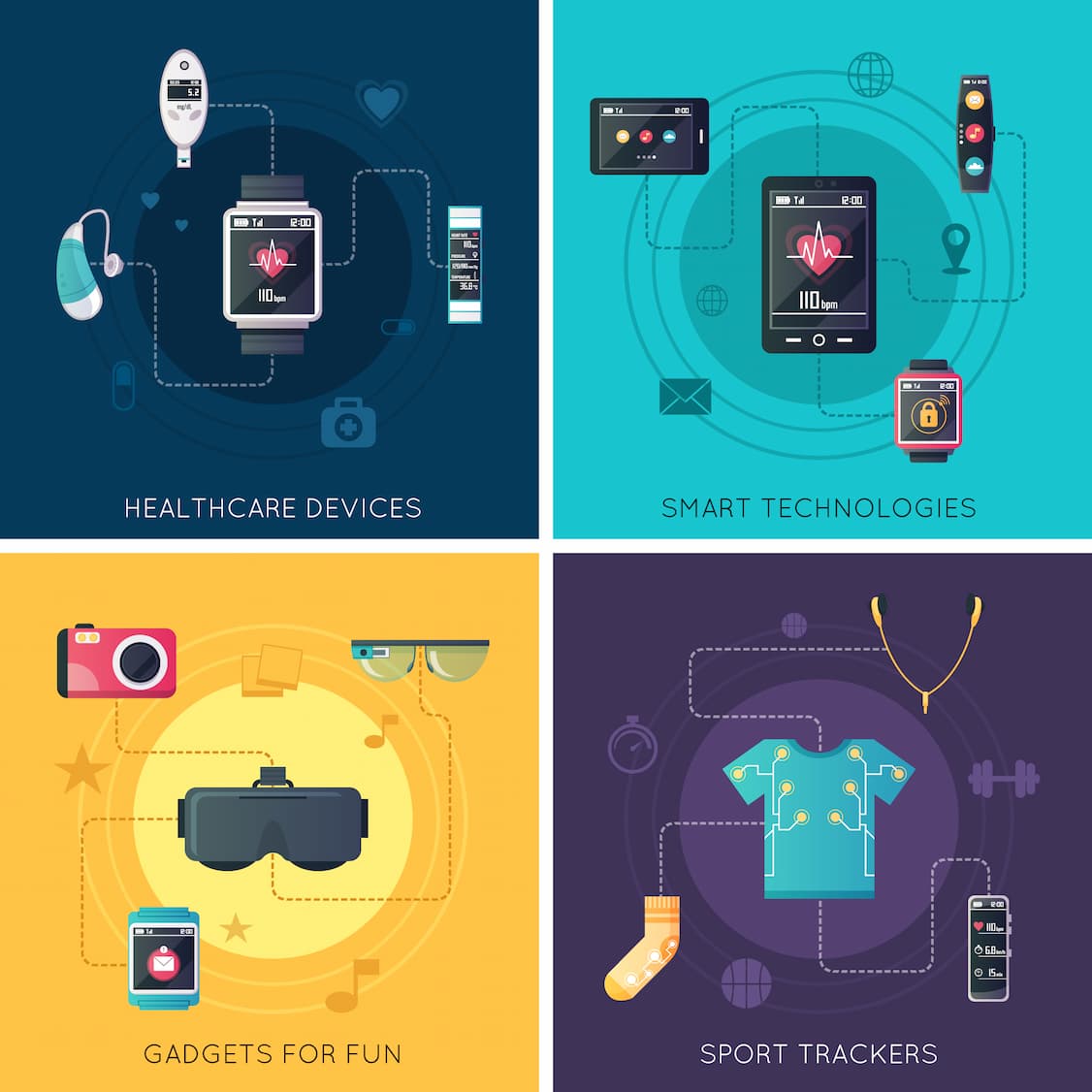 IDC predicts the market will reach 279 million units by the end of 2023, with a compound annual growth rate of about 9%. In the military sector, wearable devices can help speed up emergency calls via Bluetooth.

The lack of interactive glasses in the forecast from the international consulting company IDC suggests that wearable devices are so new that experts have not yet decided what technology is applicable to wearable devices.

Global wearable device shipments have grown from 202 million to over 501 million. In 2015, approximately 17% of these could be attributed to enterprise end-users, which means more than 34 million wearable devices are active in corporations today.

Used in radios, tablets, headsets, and GPS systems, Mil-Spec connectors enable soldiers to increase their efficiency, making them the “soldiers of the future”.

The main challenges that wearable technology designers aspire to overcome are:

Wearable devices for military use FAQ

What health issues are wearable devices capable of detecting other than bleeding?

Wearable devices allow us to monitor our physical health constantly. Thanks to wearable devices, you can even detect early symptoms of COVID-19.

Wearable devices are capable of informing you about physical health. Therefore, they allow you to quickly identify diseases such as cancer, cardiovascular disease, diabetes, etc.

How does the military use wearable technology?

Biometric sensors allow a soldier’s heart rate and respiration to be monitored remotely while they are in the field. They can also detect injury or bleeding, if a soldier is in a state of shock, or is otherwise unavailable.

What type of battery is used in wearable devices?

How to Stop Combat Bleeding

All of us have experienced cutting a finger at home. Usually, we handle it easily; we can stop the bleeding and somehow treat the wound.

Smart Fabric for Military Use

Have you ever wondered why we wear clothes? Unlikely, but the need for clothes is one of the most important.  The topics of our conversations